Known for its many colorful murals, Wynwood is one of the city’s most happening districts. Wynwood Walls is an outdoor museum showcasing large-scale works by some of the world’s best-known street artists. The surrounding streets have converted warehouses housing craft breweries and funky art galleries. A hip young crowd frequents the neighborhood’s chic clothing boutiques, stylish bistros and late-night bars.

Turnkey Investment Opportunity ­ Eight (8) fully rented condos in 4 Midtown and one (1) work/live condo in 2 Midtown. All condos were hand­picked as the best deals from the developer when sales originally started. Residences either have east views of

From the one of a kind-floating staircase to the beautiful sky garden, this Penthouse located in the most up and coming neighborhood in Miami has it all. Four full suites, 8 ft seamless doors & honed Vena Grigio marble throughout. The kitchen is a cu

Masterfully redesigned and artfully appointed by internationally acclaimed Portuguese architect Ines Martins, this one of- a-kind “treasure in the sky” is a standout in Midtown Miami. The largest residence in the building, features a meticulously cur

This Penthouse offers a unique 1,855 SF Terrace with direct access to pool. Is one of the largest penthouses in FOUR MIDTOWN with 3,234 SF, 3 bedrooms and 3.5 bathrooms, 2 stories, 20' high ceilings, 2 terraces, recessed lighting and wood floors in b

Last Penthouse remaining with amazing water views to Biscayne Bay and a private rooftop terrace with jacuzzi and summer kitchen. The living area is double height space, open kitchen with Italian cabinets, top of the line Subzero and Bosch integrated

Remarkable sky-living on a different level! Be wowed every single day with your very own 6,000 SQ.FT. private rooftop terrace with impressive vistas of Biscayne Bay, Miami Beach and downtown Miami's skyline. A true entertainer's dream in the heart

A must-see spectacular 2-story penthouse in the heart of Midtown Miami. Completely gut-renovated with top-of-the-line finishes including a new kitchen and bathrooms, glass walls, and custom furniture and lighting. Amenities include a large pool area

Massive 4460 SqFt Duplex Penthouse at 2Midtown perched above the Miami Design District with views of Biscayne Bay, the Ocean and the barrier islands from Miami Beach to Sunny Isles! This 58 ft by 41 ft wide PH residence-in-the-sky features 3138 SqFt

This huge loft style 2-Story is a mixed use: Office and residential. Come and enjoy 30" high ceiling window view of Midtown. Property offers private entrance with the elevator right at your front door. Impressive living room, open kitchen, 4 beds (an

Hyde Midtown, with it's spectacular amenities and hotel component, is redefining modern luxury in Mid-Town Miami. Residence #3108 is located on the top floor below the penthouses, and is a highly coveted corner unit because of its spacious living ar

BEST OPTION ON MARKET! Bring your champaign all the way upstairs to celebrate and enjoy sunrise sitting in your private rooftop jacuzzi!!! This three level unit offers plenty of light, breathtaking city and bay views. The unit have never been lived i

Wynwood was long referred to as “Little San Juan”, and commonly known as “El Barrio” as many Puerto Ricans began immigrating to this Miami neighborhood from the island and northeastern cities in the 1950s. Puerto Rican-owned restaurants, shops, markets and other businesses line the streets of Wynwood. Since the early 2000s, the neighborhood has seen a rising amount of investments and attention, expanding the scope of the region. The Midtown Miami development construction began in 2005 between North 29th and 36th Street and Miami Avenue and the Florida East Coast Railway (FEC) on what was historically an FEC rail yard. This brought renewed attention to the area, and previously abandoned warehouses have begun to be occupied by artists, restaurants, cafés, and lounges.

Tony Goldman, a developer, also assisted in the growth of Wynwood by creating a mecca out of the already present graffiti. In 2009, artists commissioned by Goldman helped create the Wynwood Walls. Located in the Wynwood Art District, this is an outdoor exhibition of rotating street art. 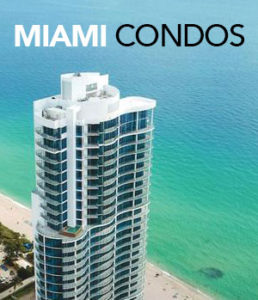 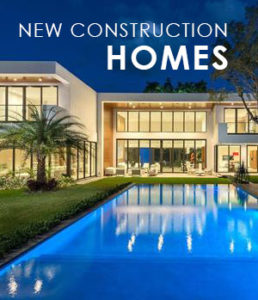 Explore all the condos by area

Explore all the homes by Area 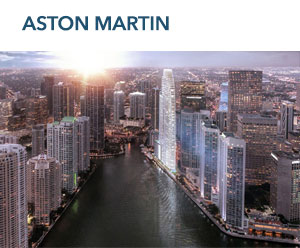 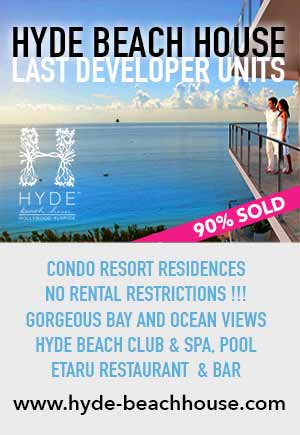